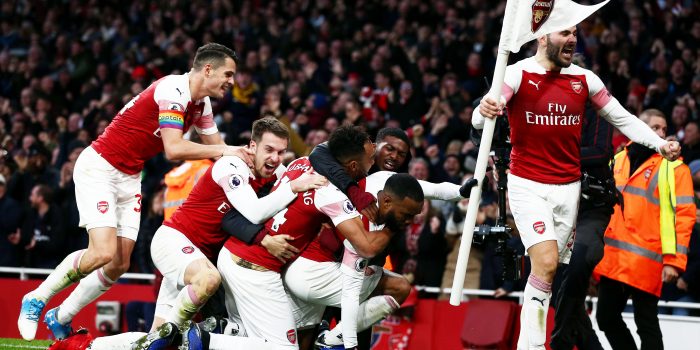 Few fans on either side of the North London Derby would agree with Tottenham’s Toby Alderweireld’s pre-match assertion that the “the derby is not the biggest game of the year”, and the importance of the fixture was evident in the build-up to Sunday’s clash at Arsenal’s Emirates Stadium.

With the bitter rivals only three points apart and both vying for a top-four spot this season, the result of this fixture could go some way to determining who will be competing in the Champions League next season. But as with any derby, pride was also at stake.

Arsenal and Tottenham are currently more evenly matched than ever before, with Gunners manager Unai Emery conceding before the fixture that Spurs have the edge over their rivals.

Prior to the game, Arsenal had only won one of their last eight clashes with Spurs (last season’s derby at the Emirates), while Spurs were on an impressive 6-game winning streak. This run included a tough Champion’s League win last Wednesday against Inter Milan, which vitally kept Tottenham in the running for group-stage qualification.

Arsenal also won their European Fixture in the week, beating FC Vorskla Poltava in Ukraine to top their group. They managed to do so with a young reserve team, keeping their first team players fresh for the derby clash. 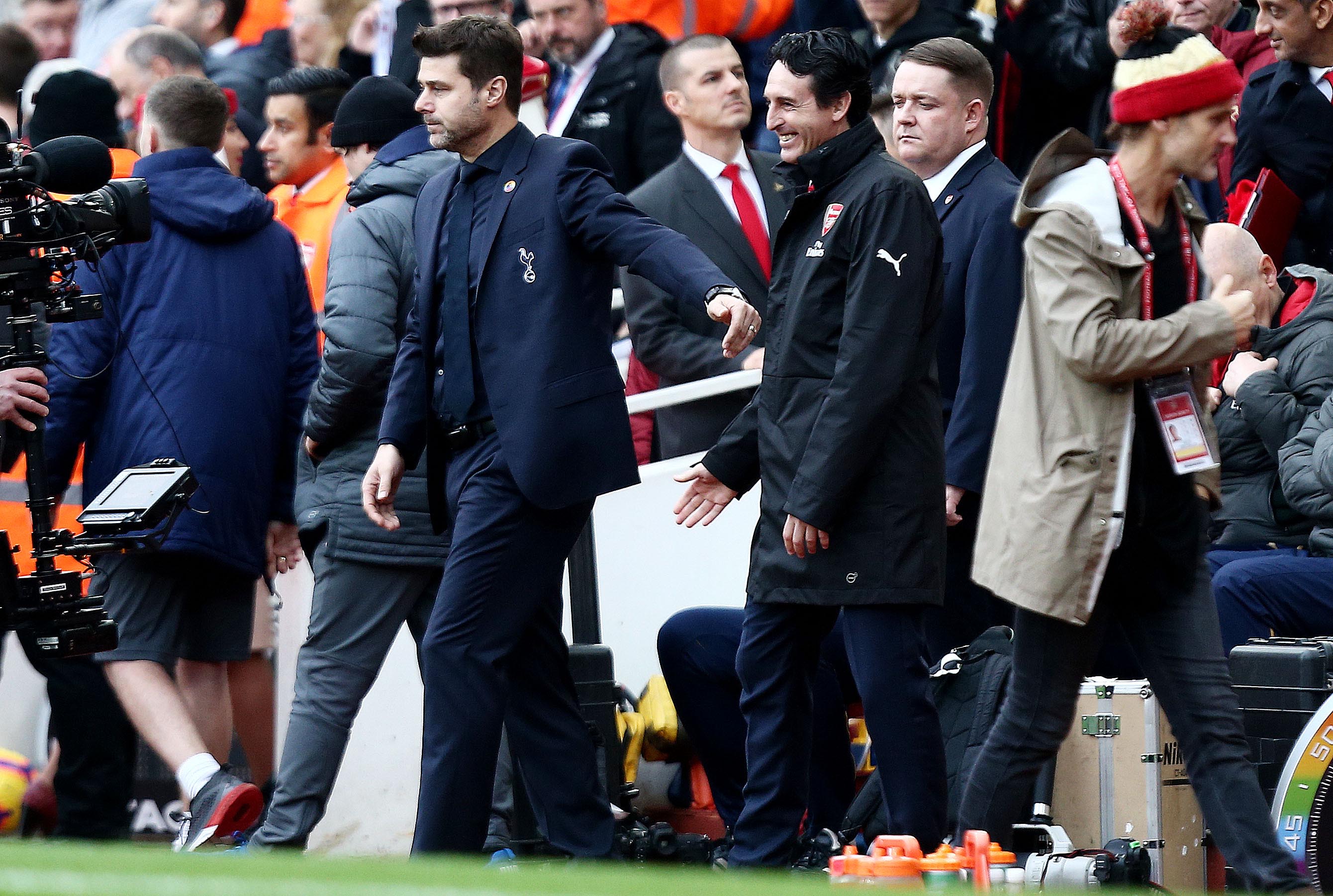 Gunners aggressive from the kick-off

The Gunners’ freshness was apparent as they started the game on the front foot, pressing high and using their wing-backs to full effect. Sead Kolasinac and Hector Bellerin bombed up and down the flanks, regularly getting crosses into the box to test the Spurs defence.

Spurs looked nervous, soaking up the early pressure but often conceding possession in their own half. Lucas Terreira continued his excellent start to life in Arsenal’s midfield by hassling the likes of Deli Ali and Christian Erikson, denying them the time and space they so frequently utilise to harm teams.

Arsenal’s breakthrough came in the 8th minute from a wide free-kick. Jan Vertonghen handled the ball high above his head as it crossed the 6-yard box, leaving referee Mike Dean no choice but to point to the spot.

Pierre Emerick Aubameyang made no mistake, slotting the penalty home to the cheers of 60,000 Arsenal fans, making him the Premier League’s leading scorer with 9 goals this season.

Spurs almost hit back three minutes later, counter-attacking quickly. Son Heung-min got into the box (in a similar position on the pitch from where he scored his wonder goal against Chelsea last weekend), forcing a smart save from Arsenal goalkeeper Bert Leno.

As is typical of a North London derby, it was end-to-end action. Straight after Son’s effort, Alex Iwobi and Aubemeyang combined to get into the Spurs’ box. A low cross from the left fell just behind the Gabon striker and he was unable to turn it in for a second.

In the 17th minute, Arsenal burst into life once more. Another cross from the left was cut back across the box to Iwobi, who fired low into Spurs goalkeeper Hugo Lloris. A high ball back into the box dropped to Bellerin, who failed to turn it home on the volley. Spurs looked half asleep, and Arsenal were taking full advantage. A second goal seemed inevitable, and the home crowd could sense it.

However, Spurs began to wake up, with Son and Erikson in particular providing the attacking threat going forward when possession was regained from Arsenal. Winning a free-kick in the 29th minute, Erikson swung a dangerous ball into the box. Eric Dier’s clever header turned the ball awkwardly towards goal. Leno was unable to deal with it, mis-timing his save to parry it into his own goal.

Ugly scenes followed. Dier ran towards the home crowd making a ‘shush’ gesture, sparking an altercation between celebrating Spurs players and Arsenal players warming up on the side-lines. Even Mauricio Pochettino, Spurs’ manager, had to get involved to help calm his players down. Dier was booked for his celebration, but the derby’s spark had been lit. 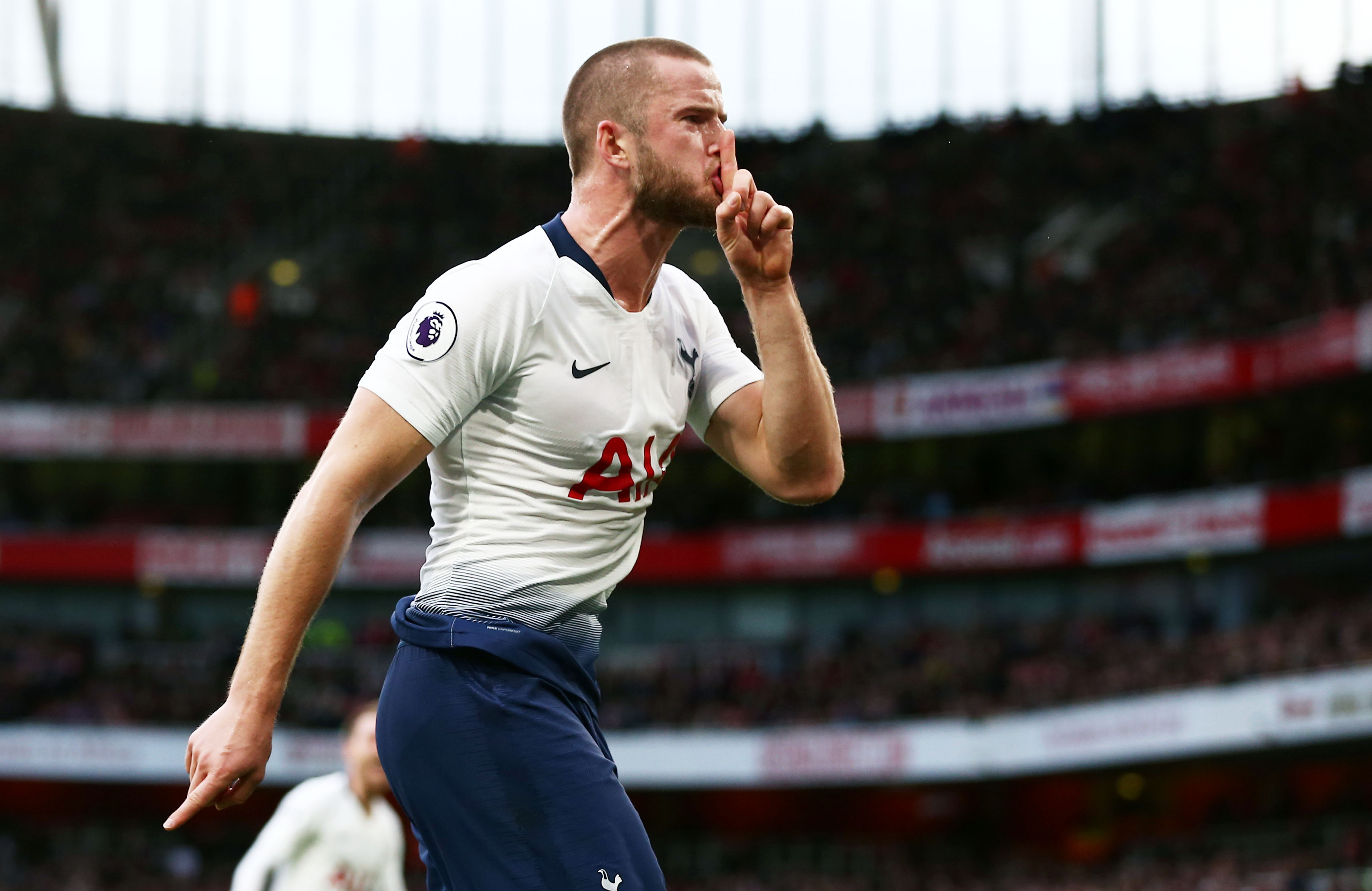 Not long after play got back underway, Son made another bursting run into the Arsenal box, only to be brought down by Rob Holding. This saw Mike Dean point to the spot once more, this time in favour of Spurs. Harry Kane makes few mistakes from the penalty spot, and he coolly slotted the ball into the bottom corner. That finish made it his ninth goal in the North London Derby in nine games.

As the away fan’s chants of ‘The Saints Come Marching In’ increased in volume, Arsenal pushed for an equaliser. However, Arsenal’s record of not leading at half-time so far this season was confirmed, when Mike Dean blew the whistle after a feisty first half to the North London Derby.

Unai Emery made key changes at the break, bringing on Alexandre Lacazette and Aaron Ramsey for Henrik Mkhitarian and Alex Iwobi to freshen up the attacking threat.

Arsenal fans had to wait until the 56th minute to have something to cheer about. A through ball from Bellerin found Ramsey, who touched the ball back to Aubameyang. The Gabon striker then turned sublimely to hit the ball first time, curling a powerful shot past Loris to equalise and become the first player in the Premier League to reach 10 goals this season.

Arsenal had regained their momentum once more, putting the pressure on Spurs. Another cross led to further chances. Deli Ali’s blocked shot off the line fell to Torerria who hit the ball on the half-volley from the edge of the box towards the top left-hand corner, narrowly missing his target. The Emirates was rocking, and once again Spurs looked nervous.

Despite the pressure from Arsenal, the game became more controlled after the equaliser – aside from a misplaced pass from Bellerin nearly gifting Spurs a third goal. Both sides pressed and Ramsey’s presence was beginning to make the difference.

This was evident in the 74th minute. Playing in his fourth league game for Spurs, Juan Foyth dwelled on the ball long enough for Ramsey to steal it away from him, playing a ball into Lacazette. Unable to take the ball in his stride, and covered by two defenders, it looked like the chance had been missed. However, Lacazette was able to switch it onto his left foot and fire.

The ball took a deflection off Eric Dier, which turned it into the bottom left-hand corner, leaving Lloris diving helplessly to his left. Arsenal were in front once more.

Arsenal continued to pile on the pressure, and just two minutes after Lacazette’s goal, man-of-the-match Lucas Torreria was put in on goal by Aubameyang. The Uruguayan calmly took the ball in his stride, striking it across the face of goal into the bottom left corner, making it 4-2 with his first ever goal for Arsenal. 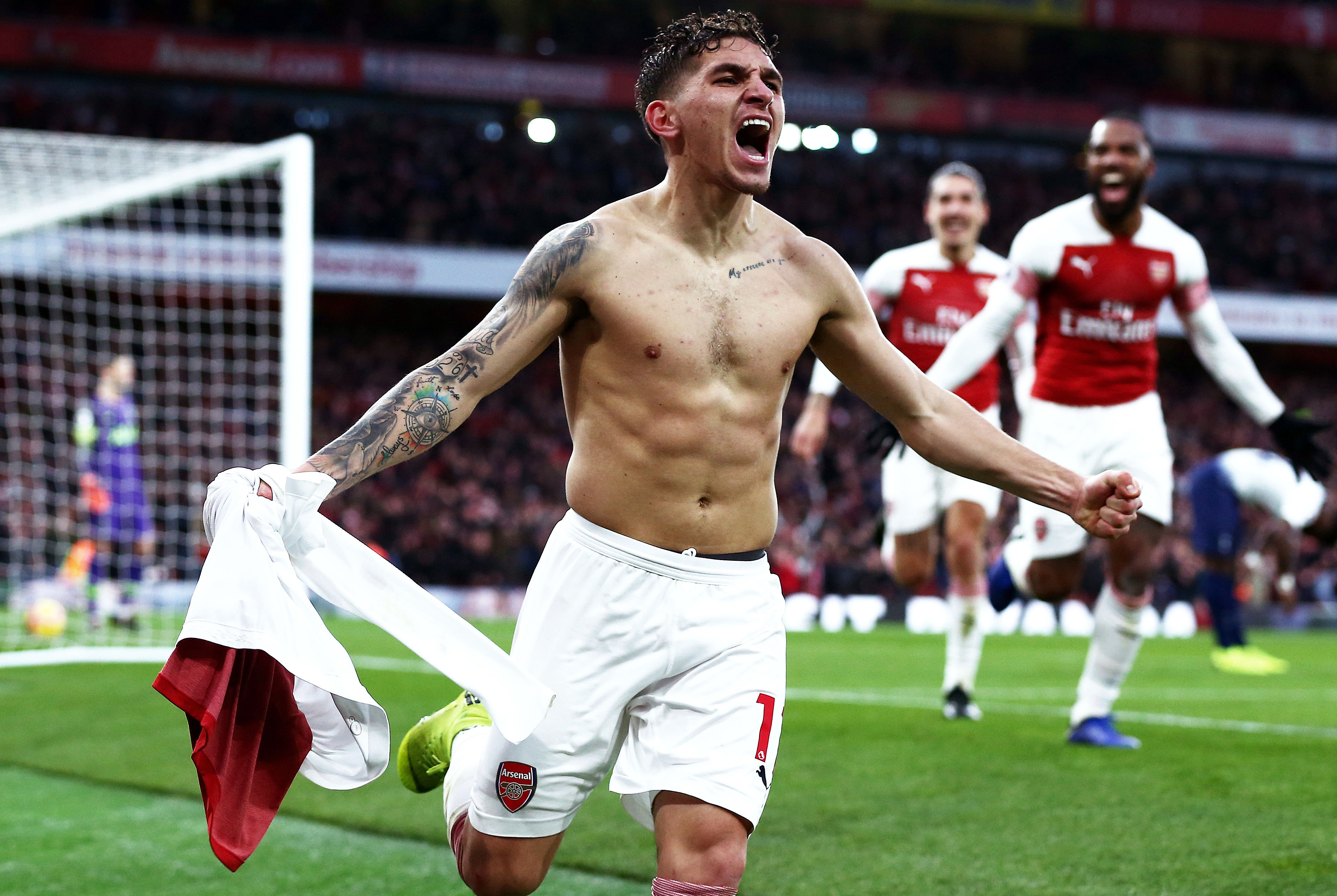 There was still time for Jan Vertonghen to get a second yellow for a rash challenge on Lacazette, but the game was all but finished, Unai Emery’s new-look Arsenal having sealed a famous derby victory over their great rivals.

The passion and fight shown from both sets of players contradicted Alderweireld’s pre-match comments, and the fixture will go down as another North London Derby to be remembered.

Arsenal and Tottenham now sit level on 30 points each, with Arsenal ahead on goal difference in 4th place going into the Christmas period, with an away fixture at Old Trafford next.