Liberal Democrat Sarah Olney seized the Richmond Park constituency and Munira Wilson held on to the party’s seat in Twickenham at this general election.

Back in 2017, the Richmond Park seat went to Conservative MP Zac Goldsmith, who won by a mere 45-vote majority.

But this time around, Olney of the Liberal Democrats took the highly contested seat from Goldsmith, with a convincing majority of 7,766 votes.

“This has been quite a depressing election,” said the newly elected MP after her victory.

“It’s been conducted in a really trivial and banal way. As I’ve been around the constituency and talking to voters, they have felt an extreme degree of confusion about how they’re going to vote and what they want to use their vote for.”

When Olney begrudgingly mentioned the overall results of the exit poll, she was met with a display of enthusiastic applause from the Tory audience members and runner up Goldsmith.

At the end of a successful night for the Conservatives, Goldsmith said he was pleased his party will “finally get Brexit done”, while Olney expressed her disappointment at the Tory dominance of the general election.

“We’re going to suffer from the economic and security issues that we’re going to face as a result of a hard-Brexit,” she said.

“I’m going to continue to stand up for the values of tolerance, fairness and unity in this country.”

Meanwhile the result went as expected in Twickenham as Munira Wilson, the successor of former Lib Dem leader Vince Cable, retained the party’s seat with a whopping majority of 14,121 votes.

Wilson said her first action as MP would be to invite South Western Railway and RMT to her office to discuss how to end the strikes, which she says are causing “misery to tens of thousands of people”.

Wilson also said she will continue to fight against the expansion of Heathrow Airport and focus on school funding, in particular the crisis of SEND funding.

“The people of Twickenham understand the impact that Brexit will have on our economy, jobs, schools and our NHS,” she added.

A voter turnout of 79 per cent in Richmond Park made it the highest in the country at this year’s election.

It was another impressive turnout this year in Twickenham with 76.3 per cent – a slight drop from 79.5 per cent two years ago, which was the highest in the UK at the time. 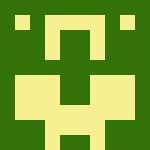