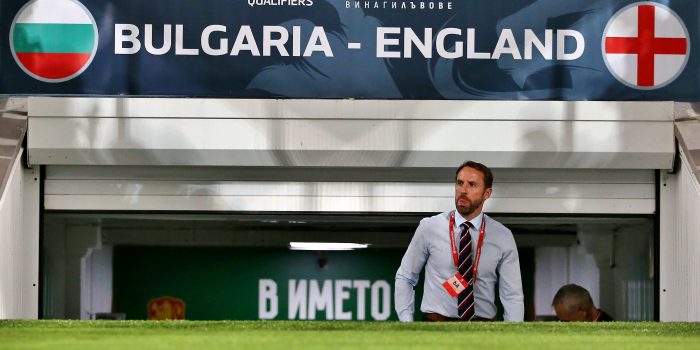 England must wait until next month for European Championship qualification despite bouncing back from Friday’s disappointing loss as they thrashed Bulgaria 0-6 at the Vasil Levski National Stadium.

Two of Gareth Southgate’s changes, Marcus Rashford and Ross Barkley, proved particularly fruitful on the night, with the former opening the scoring after just seven minutes with an audacious, curling effort from an acute angle.

Barkley doubled England’s lead on the 20-minute mark when he latched onto Raheem Sterling’s drilled cross, and got his second of the night just 10 minutes later when he met Harry Kane’s in-swinging ball with a simple headed finish.

As if to rebut the series of racially charged jeers directed towards him during the first half, Sterling tapped home an elegant counter-attacking move on the stroke of half-time to earn England their fourth goal and put the game out of Bulgaria’s reach.

Having struggled defensively against the Czech Republic last week, England showed a restored dominance and fluidity in Sofia, registering 19 shots on goal and 13 on target in addition to their comfortable clean sheet.

But despite an impressive display England must wait once again for their chance to qualify, as Kosovo earned themselves a glimmer of hope with a comfortable 2-0 win against Montenegro in Prishtina.